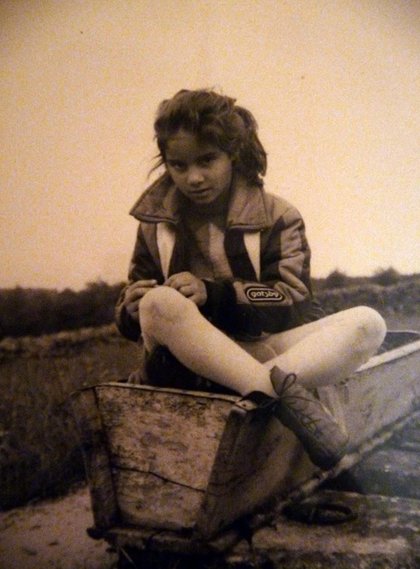 Maemo is a multicultural music project uniting people from 7 different countries. The band was founded in Berlin in late 2019.

The songs are written in french, creole and moroccan but invented languages as well. The music takes its roots from northern/western Africa & Europe’s gipsy sounds. It is inspired from the beauty of the mountains, the abbondance of the plains and the warmth of the city.

We call it : eurafrican nomad chansons.

Maemo is an ode to life and the now.

Malika Alaoui was born in Switzerland from a swiss mother and a moroccan father. She is singer/ songwriter/performer with a strong background in dance and theater. Malika trained at a music school near Avignon (FR) and since 2001 she has been composing and performing in several artistic projects. She sang the lead role in "Alegria" by Cirque du Soleil, one of the most successful productions ever staged. She toured 4 years around the world. The vocalist collaborates with incredible musicians such as Stuart Hamm, Robert Fripp and the fantastic artist Okwui Okpokwasili for the 10th Berlin Biennale for Contemporary Art. Based in Berlin, Malika performs with her different music projects - berliner jazzbands & Minimal Utopia Orkestra - in Theaters, clubs, concert halls, and international festivals.

Romeo Natur is a musician who was introduced to oriental percussion by his family at the age of six. His first concert he played at the same age with a percussion ensemble named Van Kampen. He played with different bands such as Agujeta Chico, Azuleo, Hans Hartmann, Embryo, Debjit Pahari  Apart from percussion, he is also experienced in playing the Nay, an Arabic woodwind.

Also he lived in Italy, Palestine and Brasil where he perfomed and thought music to children with migration background. His recent projects are LatinArab, Breathing Beat with roots of Martinique and Middle East, The Urban Flavour of Paris and Berlin with Davidx.

Luis Eckenberger, born in 1979 is a musician (saxophone, harmonica, guitar, rapping), a composer. He is living in Berlin since 1998 and produced and released a few albums of his own music since the year 2003. Coming from the  Metal -, Grunge -, Folk -, Blues -, Hip Hop - and  Reggae - Scene, Luis travelled Europe as a street musician and lived 5 months in India where he discovered Bollywood Hits and classical ragas. In 2008 the saxophonist started playing Gipsy-Swing in several music projects like Rathaus Ramblers, Cyclown Circus, Nova Fliegt zum Mond and since 2016, his very own band Achsel Swinger. Currently, he is playing clubs, concert halls and festivals with Nova Fliegt zum Mond.

Luis is a music lover, an epicurian as well as a hard worker. He dedicates his life to music, to meditation, to humour and to activism.

Sacha Arnaud is a guitar player and producer involved with many different musical projects internationally. After spending the last 4 years in Berlin Sacha is now based in Paris but still working between Berlin, Paris, Lyon and Los Angeles.

Bilal Hammour was born in January 1, 1990 in Jordan. In his family, music always played a very great role. His Father and older brother, who are also a musicians, immersed him at a young age in various musical environments: rock 'n roll, blues, Rock, Pop and later on Jazz. Bilal began studying Bass Guitar at the age of 15, taking lessons from his brother and Father. By the time he was 18, he started picking up the double bass, and resently he's finishing his Jazz Studies in the Jazz Institute Berlin. He is also a music composer and arranger. The bassist released several albums with Adirjan, Amr Hammour and recently with „Jamila & the Other Heroes“ with whom he currently performs in concerts halls, clubs & festivals.